What is my purpose?

What is my purpose?  I can honestly say that I am not prepared for the future.  There are many things that need considered: college, profession, and my abilities.  They all tie in together, yet they come in different time periods of my life.  My plans are are a little bit more clear.  I plan on going to college (probably UNK) for information systems.  Basically, information systems deals with securing and maintaining a computer network.  Many companies look for specialists in this area of study.  You can also deal with the hardware aspect, such as improving the CPU (central processing unit), hard drives, RAM, and other various hardware parts.  I enjoy working with computers and my goal with my "purpose" is to work with them in my profession.  A lot of people would rather do something else besides learning how their computer works. They think as long as they know how to work it, their problems are solved.  Well, have fun when the software fails and you have to go pay someone to do a basic fix-up!

That all sounds fun and dandy, but its my backup plan.  My real plan after college is to enroll in the police academy.  The age limit to enroll is 21, so I might as well go to college in case I can't get into law enforcement.  This is something that surprises everyone I tell, probably including you, the reader.  I don't really have an emotional reason for this desire, like some who experienced a horrible trauma and holds a desire to grow up and protect others from dangers.  It sounds like a very justice-sounding occupation.  Its not only just a job that I get paid for, but I also get to help protect the public from danger.  That sounds pretty cool to me!

When I graduate from both college and the academy, I'll probably just follow wherever a job takes me.  Hopefully, I can find a nice job in a small to medium sized town, nothing too big.  It would be even better if I could get a job in a nearby town, such as Grand Island or Kearney.  Okay, Kearney isn't so nearby as I thought.  But, its better than going into a town like Lincoln or Omaha where I have completely no idea where anything is! Since I've grown up in a small town, I feel that it contains a better atmosphere, by both the people and the geography.  I went to the Nebraska-Idaho game and the traffic was crazy.  We walked approximately two and a half miles to get to the stadium.  I don't know what I would do if I went to college and lived their for four years, not to mention work there.  I already am directionally challenged, finding it hard to go back the way I came.  For me, driving around Grand Island is a challenging task.  That is also helping me choose where I want to go to college at.  I want a smaller town, and Kearney sounds like a good fit.

As most do, I also want to be eligible for scholarships.  I know that I'm not involved in a lot of extra-curricular activities.  In fact, if you count National Honors Society, I'm in one!  I pride myself though on having a part-time job.  It teaches you responsibilities that you can't learn in the classroom.  Those lessons will help me in college.  More students claim themselves as procrastinators.  I would acknowledge myself as one myself; but I'm progressing.  My boss will have me be in charge of something at work.  For example, if he puts me in charge of sorting, that almost includes everything.  We have to sort the frozen food off first, and put that into the freezer.  Next, we have to sort all the aisles into their appropriate pallet.  This takes a while, as we have three or four eight-foot pallets stacked with the goods all jumbled up.  Next, we have to pull them out into the aisles and stock the shelves.  I not only have to do all of this, but I also have to make sure that the other, younger workers are staying on task and doing the same.

For me, I need to take each step one at a time.  Hopefully, they lead me to where I want to go.  I can't depend on others to make decisions for me.  I have to take initiative in my own choices and actions and put myself on the right path, although a lot of people change their minds after they go into college.  I don't want to waste time trying to decide what my major will be after I enter, or if I want to change my plans after graduating.  I need to figure this stuff out now.  I need to take the college visits, job-shadow, whatever I can to guarantee that I'm on the right path.  I know it sounds crazy, but its my goal to figuring out my purpose. 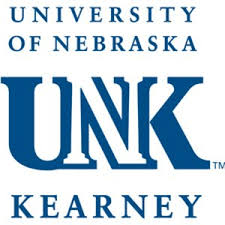